I.M.S. is the leading brand in the manufacturing of tool holders for cnc machines for aluminum, metal, steel, wood, glass, stone and plastic working. Thanks to the strong position acquired over decades of intense activity, I.M.S. is able to act as a LEADER in the industry globalization process, still maintaining its own identity and its own brand, along with its operational autonomy.

The combined efforts produced in this context, have contributed to the growth of the company through manufacturing optimization and the sharing of technological and logistical knowledge.

2009 saw the opening of the first point of sale in the United States of America, IMS USA LLC, based in Wilmington, North Carolina. Following, in 2014 Machtechsolution, based in Czech Republic, joined the group as a commercial base for eastern European customers. In 2016, in order to promote the brand growth in western Europe, IMS Tecnica was founded in Valencia.
As a result of this international expansion, also the historical Italian base has been drastically upgraded during the summer of 2017, with the opening of a brand new modern facility.

I.M.S. was founded in 1969 in Sommariva Bosco, Italy, thanks to the initiative of the entrepreneur Giuseppe Aprà.
The idea of entering the field of tool holders for CNC machines in the most fruitful period of the Italian industry quickly paid off, laying the foundation for a lasting success.

I.M.S. production is mainly focused on tool holders for milling and integrated with a wide variety of accessories and components. I.M.S. Engineering is dedicated to the design and manufacturing of custom made tool holders based on customer drawing.
For every product, I.M.S. applies the most severe procedural discipline to guarantee the highest quality standards.

Our commitment for your success

All of the I.M.S. products strictly meet all the tool holders international standards and are manufactured with high range machines and processes. I.M.S. works with qualified technicians and specialized personnel to guarantee quality, precision and punctuality. 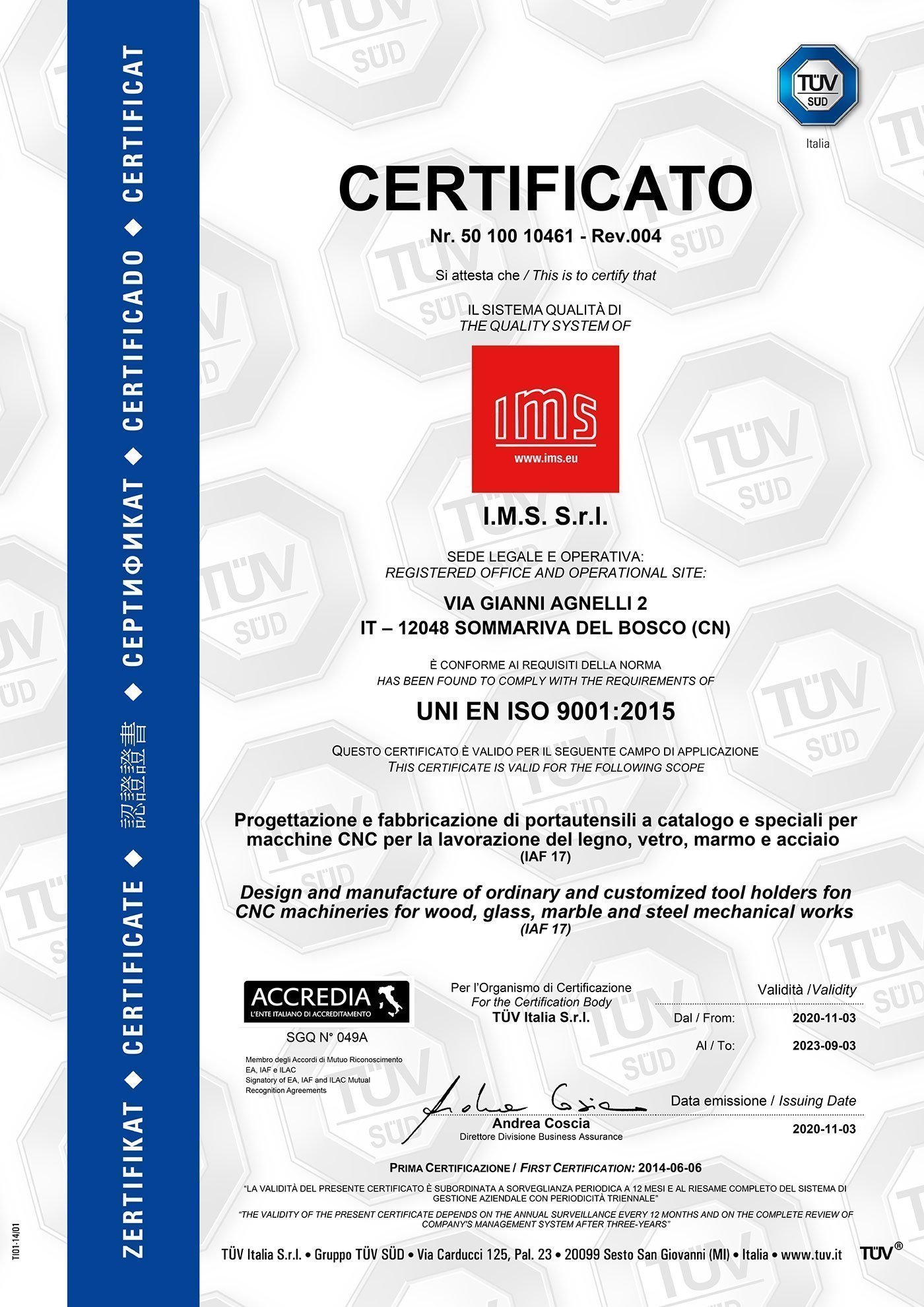 For further information on our services and products feel free to contact us.

Find a dealer
Get in touch